When the handsome man driving our cab asks me if we are enjoying our trip to Havana and plan to return, my raggedy mind sifts clumsily through the Spanish I know, searching for the word for worried, but all I can come up with is a desperate desire for sweet Cuban rum.

But that’s not why we’re here. The U.S. government won’t allow us to be tourists.

The cab we ride in, a decrepit Russian sedan so rectangular it’s ridiculous, is as shabby and overworked as my brain after trying to understand Cuban for three days. I gave up on anything but present tense on our first day in Havana.

My resume is limited: I can understand English speakers when they speak Spanish; Mexicans if they are sympathetic enough to speak slowly; tolerant Peruvians and their bemused children; and about half of what the cast of Orange is the New Black says if I close my eyes so I don’t see the subtitles.

These observations are based on years of conversations. The only stereotype here is me, the United Statesian, struggling to overcome our ugly unilingual narrative and speak Spanish, which it turns out, is not the same language as Cuban.

Comprehending Cuban leaves my brain cramped and panting. I tell myself this mental effort is good for me and settle on the word nerviosa. Estoy nerviosa, I remind myself, not soy nerviosa. Hopefully my nervousness is temporary, not a permanent condition.

And so I tell the gregarious driver I am nervous that the new President of the United States will stop travel from the U.S. to Cuba. I tell him this is our first trip and I am nervous we will not be permitted to return.

But our driver is as golden as his vehicle is dirty. He is full of light and hope and confidence. My friend, he says to me, do not worry. The way is open. And when the way is open, it is not possible to close it down.

Exactly six months after I return from Cuba, Donald Trump announces an allegedly new policy on U.S. relations with our small communist neighbor – he will cancel Obama’s “bad deal” with Cuba so he can help the Cuban people and not the Castro regime.

This speech is not about a new law, code, or even one of his ubiquitous executive orders. Mostly it is a staged, rhetoric-free, emotional appeal to a hand-picked audience in Miami of people who have real reasons to hate the Castro regime. When I see them standing behind Trump and cheering all I can think is that hatred is something suffered, something easily manipulated.

We will not know for months what Obama-era Cuban travel allowances the June 2017 “presidential memorandum” will reverse. Trump Rent-Boy Marco Rubio will have to step aside as real people in the Treasury Department, professional bureaucrats who aren’t just standing on decrepit soap boxes singing songs to angry aged Cuban Republicans, will have to write the actual law and code.

A few things are certain:

The Louder He Says It, the Less It Means

If I look past Donald Trump’s bluster, pandering, and playing to his base, does this new policy truly affect my ability to return to Cuba with boxes full of veterinary supplies the Cuban people need so desperately because of our embargo?

After all, cruise ships can still travel to Cuba – Trump’s announcement doesn’t apply to ports. That makes sense, since cruise ships are so ill suited to tourism. And port charges, docking fees, taxes to the government in each port of call – I am sure none of that goes to support the Castro regime or the Cuban military.

Government officials claim that they will now begin to audit travelers who return to the U.S. from Cuba, but without an increase in funding for new staff at the Treasury Department, how will that happen? And since it’s impossible to use credit or debit cards or withdraw money from a U.S. bank account while you are in Cuba and all transactions happen in cash, how exactly is the Treasury Department going to determine where I spend my money there? El mercado down the street from my casita with the baskets of fruit and hanks of raw meat displayed on their front porch is not going to offer me a receipt to hang on to for five years just in case.

Interestingly enough, senior administration officials state that Trump’s anti-Obama-anti-Cuba policy will not affect our ability to buy an unlimited personal supply of rum and cigars from nationalized stores and bring them back home with us.

For United Statesians, even those cheating the rules, not that much will change. And the Cuban people? They’ve been screwed by both governments for years.  Viva Cuba, indeed.

From My Porch to Yours

Since hatred is suffered, and easily manipulated, it’s time to look at my own anger.

I am home from Cuba, laptop open on a card table set up on the screened porch of my favorite place I’ve lived in this lifetime. The hummingbirds sound like light sabers as they dogfight around the feeder, the daylight is still bright enough to turn the green of the trees to neon, the summer sun makes the blueberries plump and the pine trees smell like heated resin. Three quarters of a mile down a dirt road, on a piece of land hidden in the very back of the rural subdivision one of my neighbors calls Anarchy Acres, I’ve built my haven, with foot-thick walls and elite, double-paned windows that meet our draconian Florida building codes.

And what would I do if someone took this place away from me?

What if I’d gotten that coveted university job where I was paid to read, research, think, write, and publish, occasionally standing in the front of a room (or sitting as the focus of a circle of students) to communicate what I had learned, preach what I believed, and ask hard questions that challenge established meaning and authority?

And then someone threatened to kill me unless I stopped?

These days I try to swim gently as I discover the sweet depths of my own privileged place in this society, by reading persuasive, heartfelt blogs that never seem to accuse, listening to interviews of smart, compassionate people, by watching TV comedians make fun of my whiteness in palatable sound bites that make me giggle even as I cringe to think that what I have might stop others from having enough.

And what if someone in a uniform pointed out my privilege with a gun instead?

When I think about our Cuba problem from the deep shade of my back porch, in a place I love, I find that I can let go of my anger at those old Cuban Republicans that helped deliver Florida’s electoral votes to Donald Trump.

Because I am on fire to return to Cuba, year after year, humanitarian mission after humanitarian mission. I am hungry for the people, the travel, the language, the magic Victorian decay, the blue ocean teasing the Malecon. After only four days in Cuba, I fell deeply in love. If I am this angry at the thought of not being able to return, how much deeper would I hate if Cuba had been my home when it was taken away?

And so I accomplish my very own people-to-people connection from my shady porch, never having to leave my home. 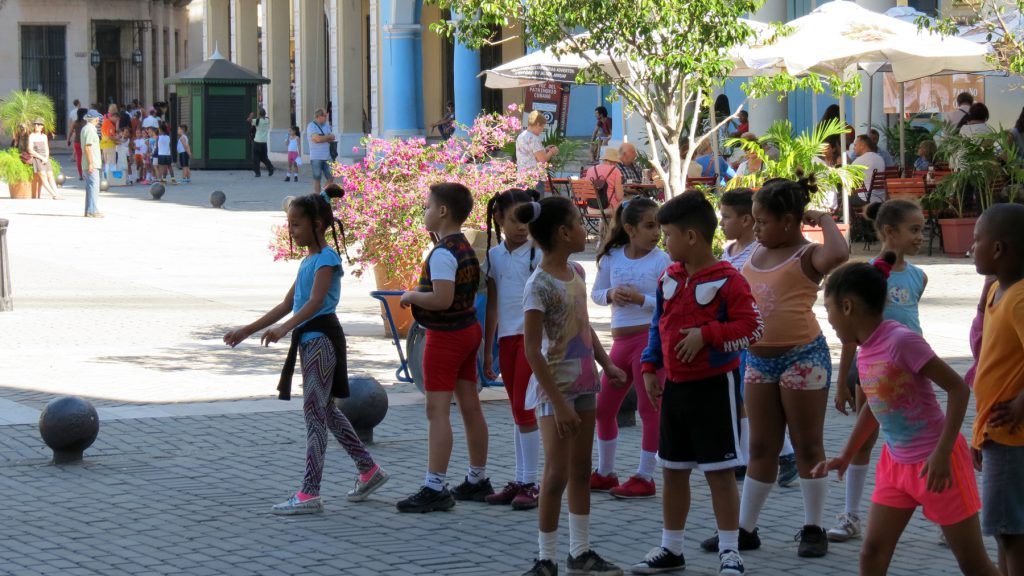 2 Replies to “My Second Language”