Full blue moon after a hard night’s rain. Indigo and black arm wrestle to name the color of the sky.

Stars shine like ornaments on the Yule tree we burned last weekend to try and bring forth Spring.

Three feet above my wet head, rain drops cling to the y’s of barren tree branches and sparkle like prisms, mimicking then surpassing the twinkling sky. Everything glitters like a cliché.

The hot tub pumps steam into Florida-frosty air and I can smell the herby sweetness of the blossoming tea olive trees.

My body feels slick, hot, languid. This is the physics of satisfaction, and I heave out a sigh.

When my body has od’d on exercise, my joints aching and my muscles swollen, I count the miles and minutes until I reach home, the steps from front door to back deck. I shed piece after piece of sweaty clothing, then step naked on the hard kernels of acorns to cross my wooden porch and sink into hot bliss.

Lucky luxury, I think, and start to add up how my privilege got me here. 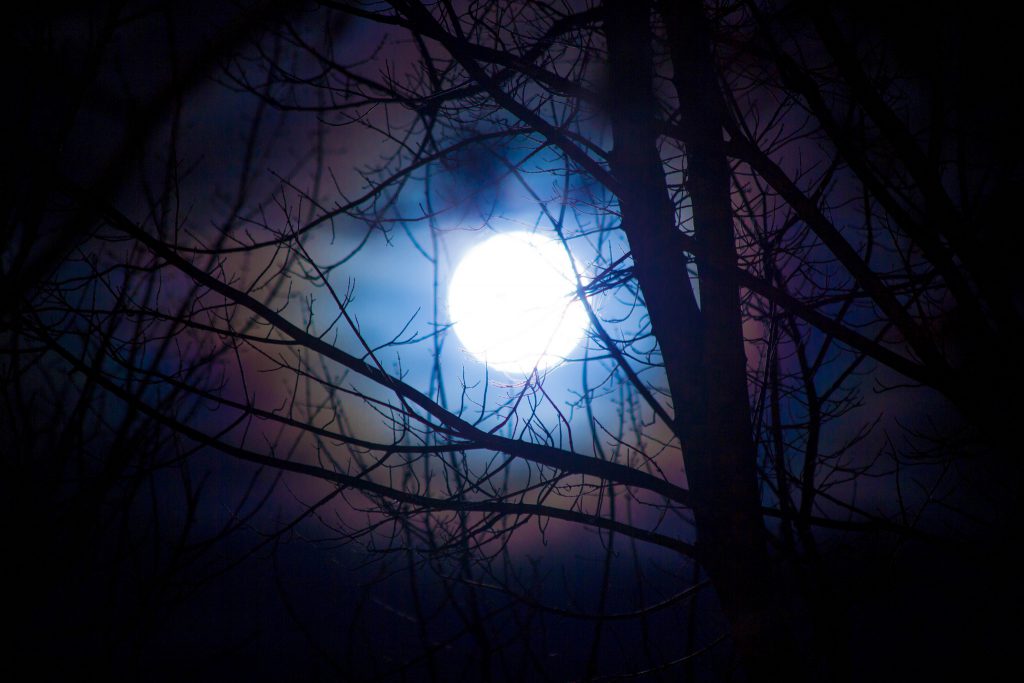 The woods where I live are rarely quiet – something is usually eating or screwing, or bragging about eating or screwing. But at night, the sounds of humanity are muted or absent. Constant traffic, the nagging hum of electricity, the blare of televisions, all of that aural detritus is diffused; in the woods we are subject to nature more than man.

And while most people talk about how rural folk are disadvantaged, the only thing I suffer from is my 40-minute commute to work. I love living tucked at the very back corner of our redneck subdivision, 10 miles from town (and four miles from the Georgia border), where everybody owns at least two acres. I live on five.

But serendipity wears privilege like a silken cassock, and my five acres feel like much, much more.

Behind my house, in an area I prayed for years would never get developed, there is a 1000-acre grass-fed beef and organic vegetable farm. The owners are restoring the longleaf pine forest, caretaking this vast chunk of wildflowers, blackberries, and pine trees. Every day I have the privilege of walking my dogs on a mile or so of overgrown barely-road that forms a fire break between their property and mine.

On one side of my property are three abandoned acres with two old trailers that were stripped of their recyclable skins during the economic downturn a few years ago. During summer we cannot see them through the lush green forest growth.

Across the sugar-sand road that leads to my house, one of my neighbors lives on 10 acres behind a field fence and a gate. I see her once a week on trash night.

My closest neighbor lives in the middle of four acres, and he makes me feel my privilege like a kick to the gut.

He comes over, sunken-cheeked and thin, pale, more than a little wild-eyed. He’s a hermit, living alone for many years, trying to survive on food stamps and disability. He almost died when he developed diabetes; he has a hard time managing it now because of a lack of fresh food and reliable health care.

I haven’t always enjoyed the privilege of being able to function successfully in U.S. society, with its fanatical work ethic, its regimented work week, and its Earth-eating, unhealthy system of debt and spending. I was a perpetual grad student and adjunct, a bartender, a motorcycle instructor, a freelance writer. I stayed at home and wrote my novel while my husband supported us financially (the privilege of partnership). Eventually I grew up into a kind of compromised-but-grateful discipline where my day job pays for my fabulous life.

Even when it grinds us down, work can be a privilege.

The privilege of health is something I never want to overlook. How is a man supposed to become healthy when all he can afford is processed food? And all alone and unsupported, how is he supposed to stay sane?

“The quiet out here is like Chinese Water torture,” my neighbor said to me once in the middle of a tense discussion about why he was blasting music from two radios, the weather-proof boom box in his greenhouse playing hip hop, the radio in his car at the front of his property playing death metal.

Sometimes sanity is also a privilege. (Although for me, at times, it’s been a lot of hard work.)

Bringing my neighbor a little wood during the cold of winter and the occasional Tupperware container full of chicken soup doesn’t help me feel better when he has so little and I have so much. And I never feel the difference between us as greatly as when I talk to him from my hot tub. 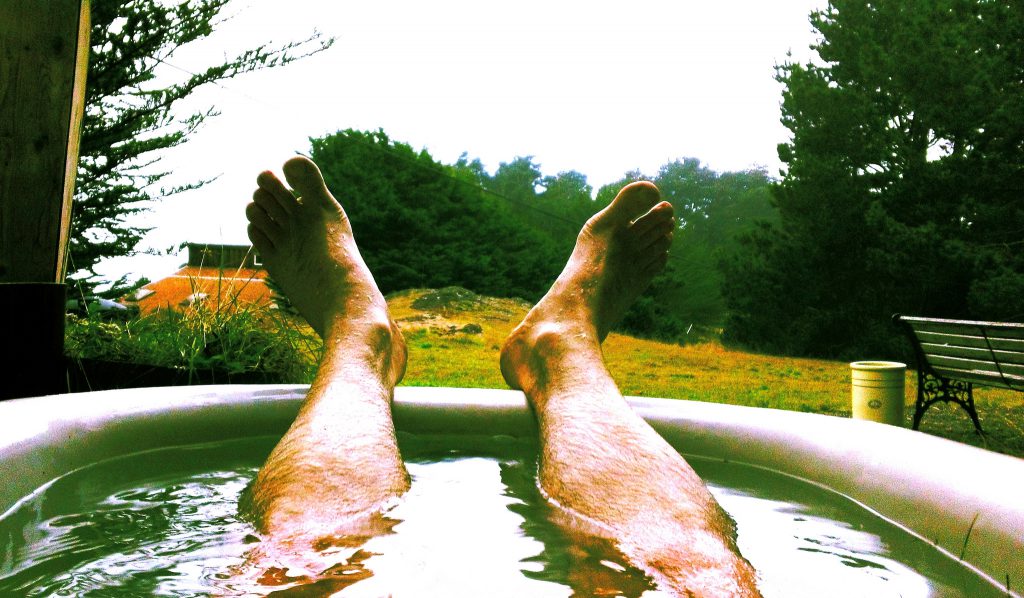 But then again, I worked hard for this hot tub. No one gave it to me.

I don’t earn enough money at my job to be able to make this kind of purchase all at once.

I didn’t dare borrow the money (not for some recreational, made-in-China piece of equipment that might not outlive a loan).

I don’t believe in credit cards for myself. (Serendipity means being spontaneous. Spontaneous is a synonym for maxing out a credit card, like this, like that, poof.)

So I painted a house to buy this hot tub. I dressed myself in a rain slicker and latex gloves up to my elbows, wore a baseball cap so old it could only be improved by the bleach water that rained down on me while I pressure washed the mildew from cracked, split, peeling old paint. I walked up and down the slope of a roof, knelt on asphalt shingles until my knees were full of pebbles, dirt, and the itchy imprints of pine needles. I balanced on a ladder under hot blue skies. I stretched and stroked and trimmed until my neck and shoulders ached and I wondered how painting could have been so much easier 10 years ago.

I can hold both of these truths inside my mind at the same time: I worked my ass off to get this hot tub. I am remarkably privileged to own a hot tub.

Because when you break it down, charging other people thousands of dollars to paint the outside of their houses, although a hardcore, blue collar job, isn’t something all of us can do. For me, it’s been part of my privilege, part of this complex calculation of how I get to spend my full moons naked in a hot tub. I’ll spare you the view from inside my brain and give you the final value of x – I can paint professionally because my parents always painted their own house, inside and out. Because their parents painted their houses, inside and out.

Owning a home instead of renting a home is privilege I cannot forget.

Years ago I spent time every single night outside under the light of the illuminated moon for an entire month. I traced its risings and settings, and tried to suss the geometry of its lunation.

I felt the pull of the moon on the water that makes up most of my body. I tried to feel the differences in the natural world as the moon toured through its phases and faces, from crescent to gibbous, waning to waxing. Coyotes, frogs, fireflies – we all behave a little differently as the moon moves around us, like ocean tides throwing more or less of ourselves at the shore.

I used the full moon as an opportunity to make promises and gave myself permission to allow them to come true.

I used the three dark days of the new moon to assess what no longer served me, to release it, to let it go.

Not everybody can stand under the light of the moon like this. I was taught to use the power of the moonlight – moongazing is part of my privilege that has its roots in race, culture, and even in academia, where we were free to research our way into the strange. 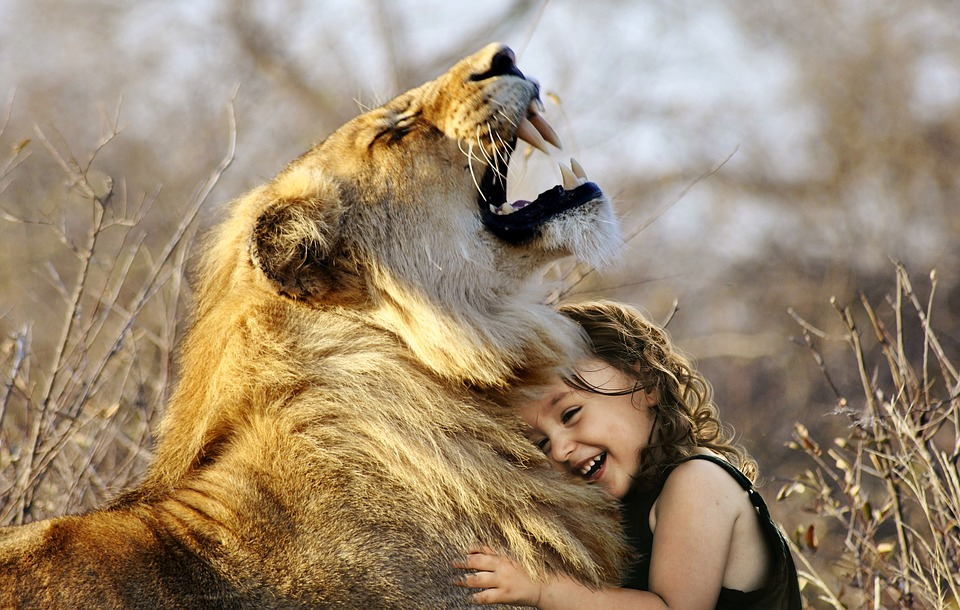 Past and present privilege

Maybe I should thank my parents for my moongazing, my marriage, my mysticism.

Their great, unremitting, and complex love meant I was never satisfied with less than a soul mate.

Their deep love of me made it fine for me to be wild.

They didn’t judge me, or others, and that meant I could be weird.

Their ability to retrain and reinvent themselves was a model for my open mind.

But maybe I was born privileged. My first word, after Dada and Mama, was spoken one night when my mother held me in her arms, this beloved, precocious, wiggle-month-old who pointed up into the black and indigo sky.

Moon? I said, I asked, I answered. A lunatic from the start.

How do you take pictures of privilege? These creative people did it for me: